‘If there’s any mud in your veins at all, this set will keep you on the edge of your armchair for weeks’ Autosport

The ultimate collection of World Rally Championship reviews, and an essential for all motorsport fans.

This incredible collection brings together complete season reviews for every single championship battle from an entire decade-long period.

Incredible action footage, including in-car drama, interviews, informed commentary and bonus features put viewers at the heart of every battle for the WRC crown throughout this 10-year period.

“Okay, we admit it, even we are getting a little bit weary of Monsieur Loeb’s domination of the once-unpredictable World Rally Championship. If you’re feeling the same yourself, why not take a trip down memory lane with Duke video’s awesome back catalogue. Comprising of five DVDs across 600minutes, review set 1985-89 captures the WRC’s transition from the fearsome Group B to the (only slightly) tame Group A Lancias, Toyotas and Mitsubishis. Old-school rallies such as the Tour de Corse, Safari and 1000 Lakes all take centre stage as the likes of Alen, Kankkunen and Vatanen tackle the stages in spectacular style. If you’re more a fan of the ’90s, then no problem. It’s double the price, but the 1990-99 set is twice the length and, helped by improvements in TV technology, features the best of Makinen versus McRae, including sensational in-car footage from the Subaru taking the Bunnings Jumps at full-tilt on the final stage of Rally Australia in 1997. Glorious”Autosport

‘The 1990s produced classic scraps between Group A giants Lancia, Toyota, Subaru, Ford and Mitsubishi, as well as witnessing the emergence of the sport’s biggest ever star: Colin McRae. If there’s any mud in your veins at all, this set will keep you on the edge of your armchair for weeks’ Autosport 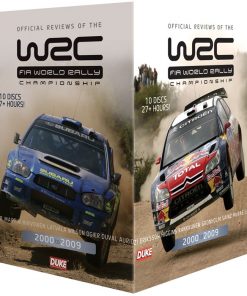 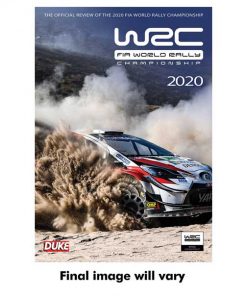 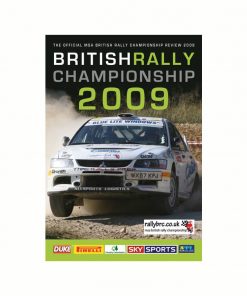